The Multitasking Myth (Part One)

Well… neither can you.

Jeff Sutherland, co-founder of Scrum and author of the book Scrum: The Art of Doing Twice the Work in Half the Time, agrees with me.

Run this experiment for me.

What you will need:

In running this experiment, you will likely find that it took half the time to accomplish the second task as it did the first, even the output is exactly the same.

That difference in time provides a glimpse into how much time is wasted by trying to do more than one task at a time. That difference in time spent to complete the same task is a complete waste and can be otherwise called as “context switching.” If you have many projects happening at the same time, just think about all the lost time context switching if not appropriately managed! 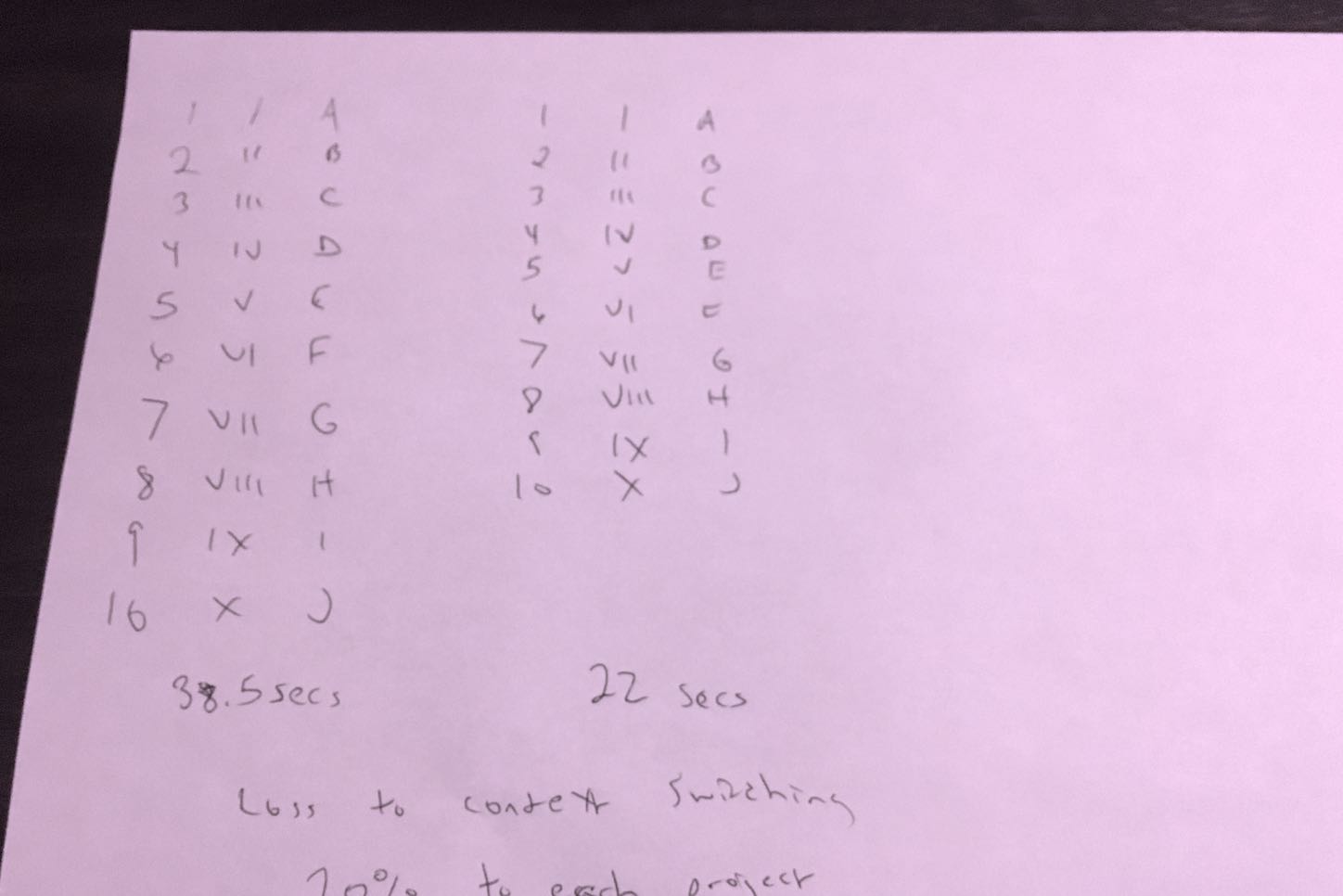 Humans cannot do two things at once, but they can switch between tasks quickly, as evidenced in the above experiment.

The prefrontal cortex in the brain cannot focus on two things at once. There will always be a battle over multiple actions, and the action with the greater immediate reward will win.

In every moment during a meeting in which someone with a laptop “will be multitasking,” that someone is either participating in the meeting or is working on something else. They are not doing both.