Alipes was recently tasked with a creative project for a client and as we dug into unique and interesting ways to deliver results, our brainstorming session took us deep into the rabbit hole of creative commercials. As an eclectic and creative team, we each had our own favorite commercial that we drew inspiration from and as we went through our favorite ads, it became clear that some of the best-performing and best-remembered ads were somewhat over the top, funny, or just plain strange.

Take a scroll as our team presents their favorite ads of all time.

Christina, Director of Strategy, was one of the first to start sharing her favorite commercials in the brainstorming session, and for good reason. While she couldn’t pick just one, she mentioned the series of AmeriQuest ads as her favorites. Each ad features a person who gets themselves in a position that is completely harmless, however appears differently to others on the outside. From a spilled spaghetti sauce seemingly becoming a crime scene to a wife harmlessly fluffing a pillow for her mother-in-law, things take a different tone when they're seen in the midst of the action.

Each ad works because they build audience curiosity and quickly move from setting the scene to a clever and visually amusing outcome followed quickly by the campaign's catchphrase. The campaign garnered over 6 million views on YouTube and followed up the initial commercial with more than 5 other variations. “Ha ha super funny and a true message as well! Never judge a book by its cover…” said one user. 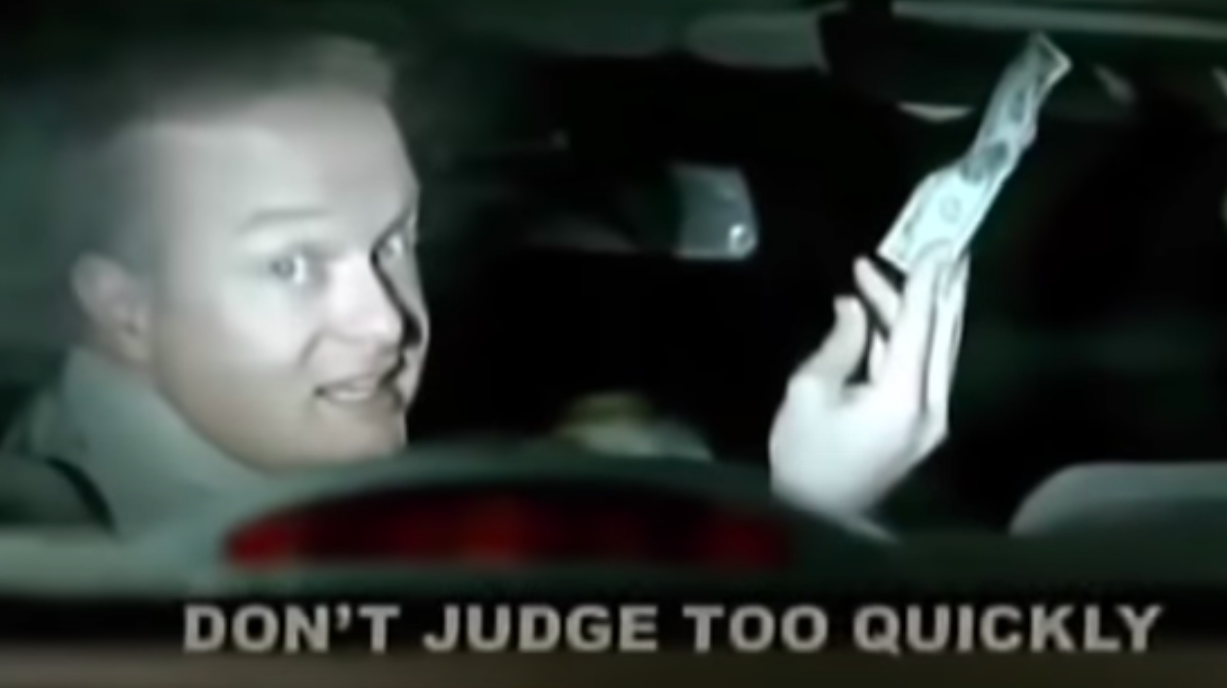 For Dan, Delivery Manager, his view of a comedic ad was one that wasn’t necessarily intended to be humorous, however when viewers watch the grandiose ad for a Chanel cologne, it quickly becomes so outlandish and puzzling that it’s almost impossible to forget what you just watched. While leaving viewers scratching their heads with a barrage of cinematography techniques and a dark and menacing underworld type setting, complete with a mind-bending plot, a score for the ages and a dramatic dark filters, this is a favorite for the completely off-the-wall and over-the-top nature of the ad. As if that wasn’t enough the commercial was actually directed by Martin Scorsese, who also directed films like Gangs of New York, Taxi Driver, and Goodfellas.

“I love fragrance commercials in general because they are so delightfully ridiculous and dramatic, but this one takes the cake. Making me laugh probably is not the intended result, but at least I remember it,” said Dan.

BLEU de CHANEL, is one of the brand’s top-selling colognes and whether or not that has anything to do with this particular ad, or the notes of the fragrance itself, it’s clear that with over 4 million youtube views, and thousands of comments, that the ad definitely raised a few eyebrows.” I have no idea what the storyline in that advert was about but all I know is that guy is hot…” said one viewer of the lead male role in the commercial. 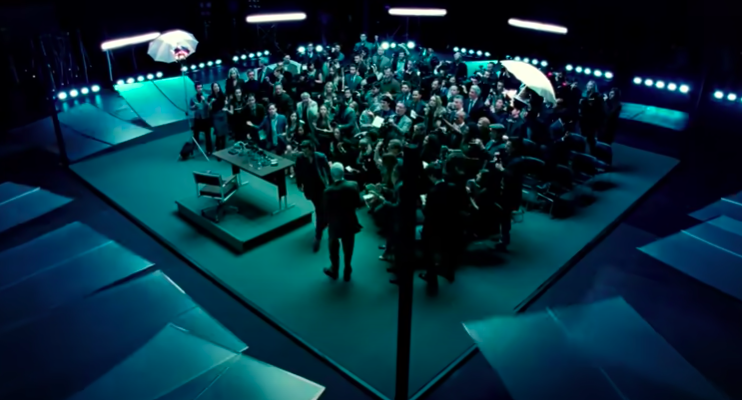 Jason, Creative Director, picked a series of truly off-the-wall ads that seems to resonate with his outside-the-box thinkings along with his own creativity. The ads for Skittles in the 90s and early 2000s were truly advertising art. While the product itself takes a backseat in these ads, the impossible scenarios and strange almost cartoon-like characters in the ads further play to the brand being unique, fun to eat, and flavorful.

“I have always liked the Skittles 'taste the rainbow' ads. The offbeat, odd and unsettling world they inhabit immediately grabs my attention and won't let go. I love the shock and rush you get from every disturbing reveal. I don’t know if I want Skittles any more, but I do want to see more unpredictable ads like these,” he said. To this day Skittles are still a well-loved candy and while their ads have since been taken down a notch, there is still a nostalgic nod to these crazy, wacky characters and zany scenarios of the ‘90s and ‘00s that leave viewers both puzzled and hungry for Skittles. “Ok so this made me want to leave my job right now and buy some Skittles,” claimed one YouTuber. 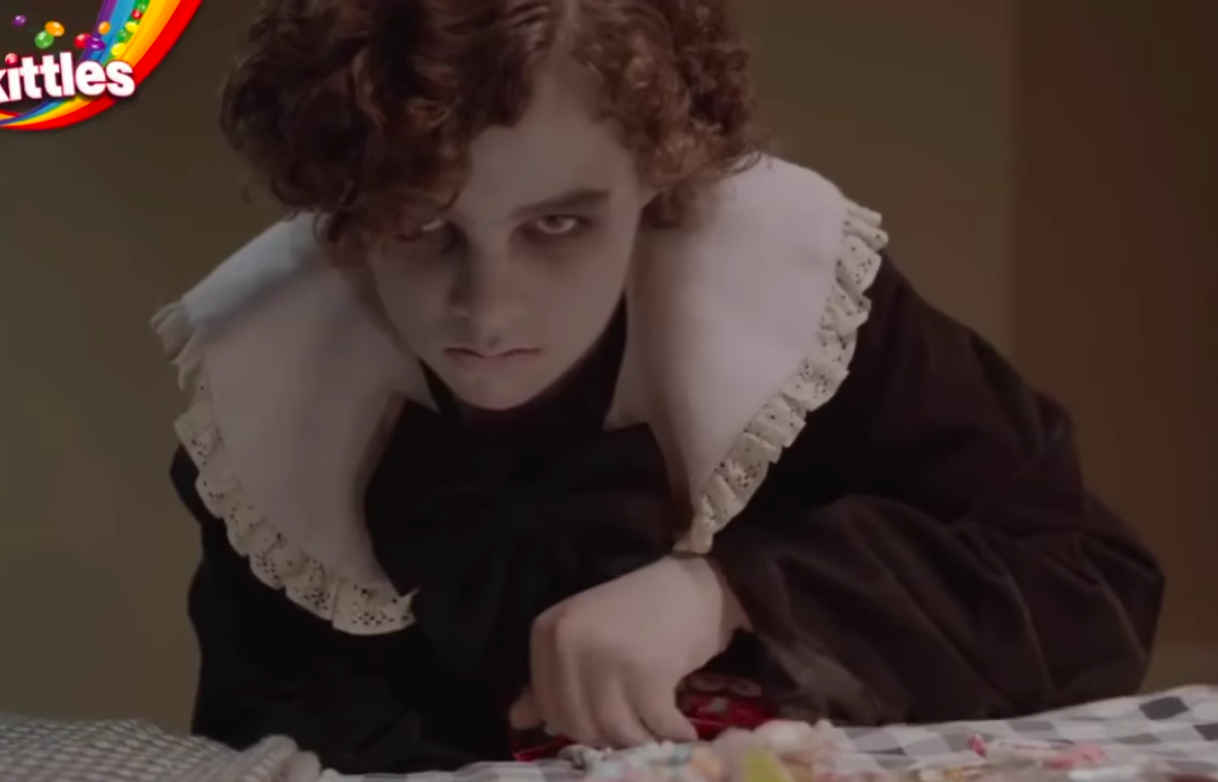 Keith, our Sr. Information Security Officer took an analytical eye to his favorite commercial. Through this ad, people resonate with the importance of being able to understand and communicate with others even though the scenario itself is outlandish and improbable. The main point, however, is of global importance as we communicate with other countries and cultures on a daily basis since the internet has created an interconnectivity that can’t be escaped.  Both humorous and playing to human fears, the ad is still able to remain lighthearted and funny, which is a feat in itself. Also, as a language company, they were able to show the importance of their product in a way that captures attention and continues to build throughout the ad while maintaining viewer interest.

“The advertisement hits everyone's fear: misunderstanding / mispronouncing in another language. Berlitz chose to put the subject in a highly stressful situation to give it an added boost. Everyone can sympathize with that coast guard member, even though they’ve likely never been in this exact scenario,” said Keith.

With 1 million views on youtube and many viewers giving praise to the commercial as one of the best they’ve seen, we’re sure the language company saw a boost in revenue following the ad. 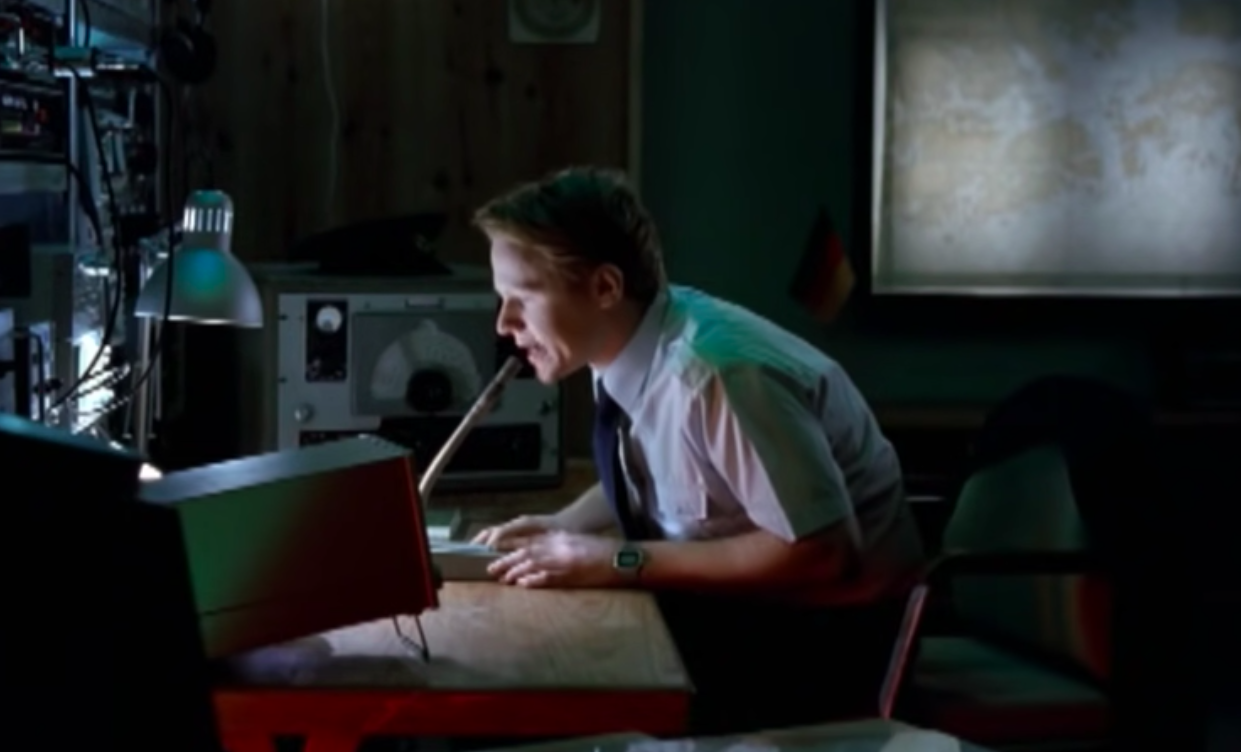 Rachel, Account Manager, recalled her favorite commercial within seconds. The ad was so memorable to her that despite the product not available in the US anymore, the commercial lived rent-free in her head for nearly a decade! In the commercial a father and son are shopping for cheese when a seemingly expressionless panda realizes they’re about to choose another brand.  The panda then takes matters into his own paws for an unexpected outcome.

This commercial was so completely off the wall and amusing that it stuck with her for years and it apparently resonated with others as it went viral nearly 10 years ago. “LOL, so random & hilarious, love this commercial! This is an EPIC ad campaign, because LOOK at the publicity it has generated,” said one YouTube viewer. The video has racked up over 3 million views on YouTube and has launched other spinoff commercials since. 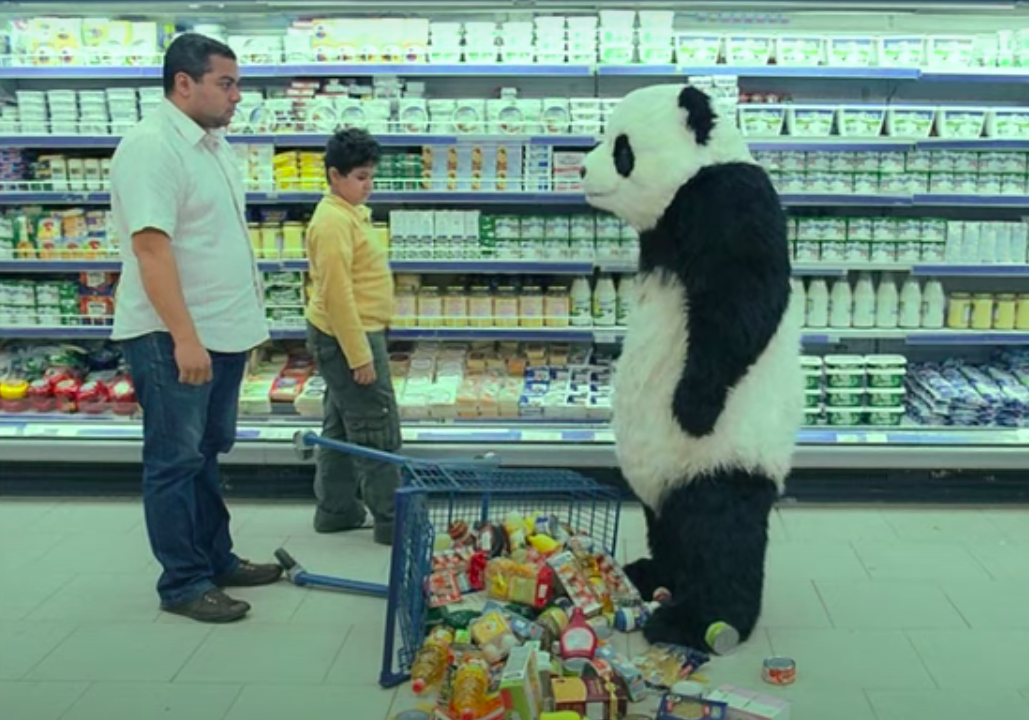 In the late ‘90s and early 2000s, many movies and shows attempted with great success to identify with the ever-growing pool of middle class office workers. By documenting and mocking the almost comical behaviors that happen in the office world - TPS reports, printer mishaps, and meetings that could have been an email - office humor was at an all-time high as millions of Americans sought relief from the water-cooler reality of their own. Soon advertisers took note, working in a similar manner to identify with their customers by mocking their daily 9-5.

For Nolan, Graphic Designer, one of the newest creative minds on our team, his favorite ad still resonates with him 20 years after production. And while Alipes is no office-stiff job, anyone who’s ever gotten coffee for their boss or swiped a name badge at the front desk will probably find humor in it as well.

The ad for Reebok hits their main customers where they work, combining athletics with real-office humor for a touchdown combination. 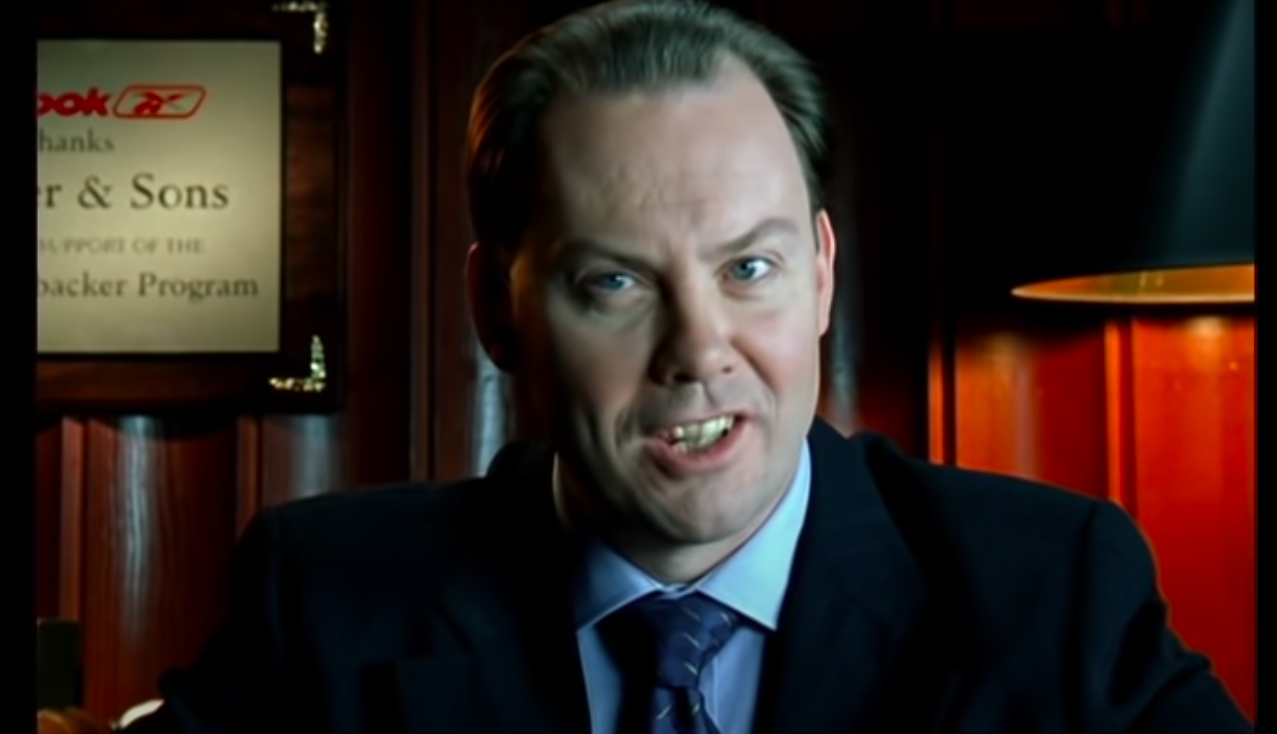 For Nick, our resident Canadian and Sr. Full Stack Developer, it seems only fitting he chose a commercial featuring another Canadian, Ryan Reynolds.

In his favorite ad, Ryan in partnership with Mint Mobile, greeted customers with a voice mail. The message from the actor prompted them to return his call and to tell him what their least favorite movie he was in was, amongst other things.

This ad works because not only does it feature a well-known and liked actor, it gets real customers in on the promotion. Showing that other people like and use the brand is part of the herd mentality in marketing and can still work when done well, even with this advertising-savvy internet generation “cringing” at nearly everything. “Ryan Reynolds: Casually making people enjoy watching commercials,” said a YouTube ad viewer.

The ad also uses humor and an element of that could happen to me to create a fun and down to earth experience for viewers. “It's funny, light hearted, conversational, not too advertisey or preachy, and the "your wife is smoking hot" line is funny,” said Nick. 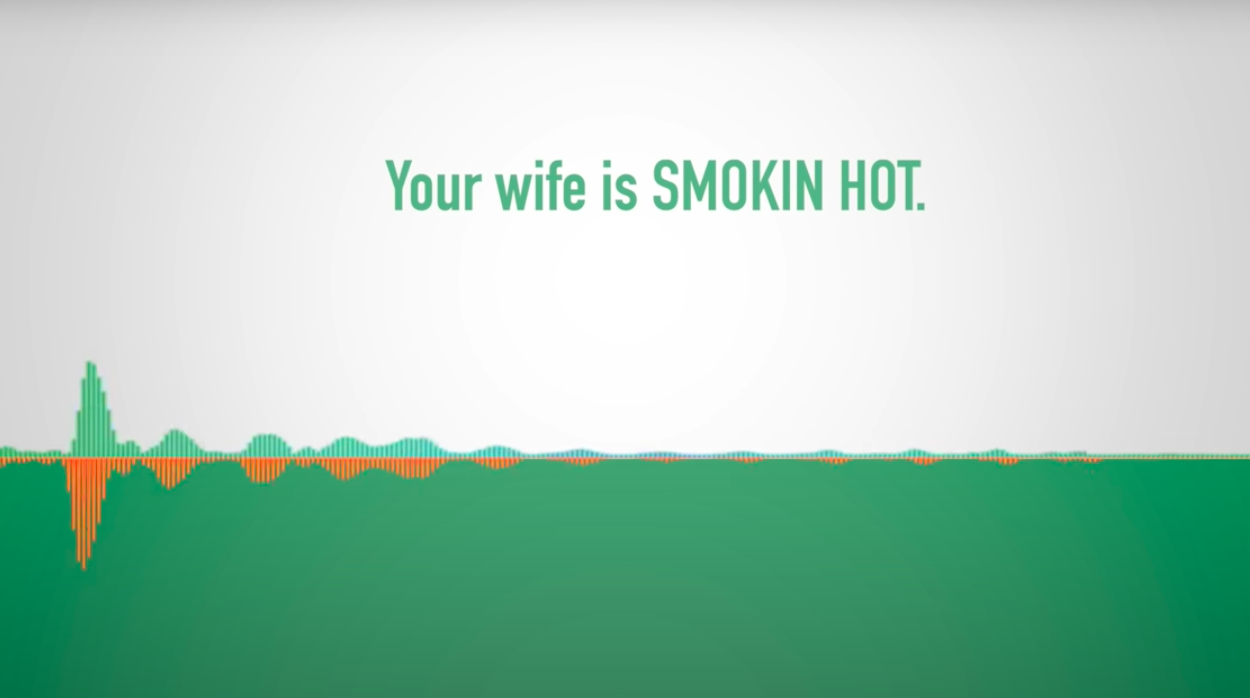 From this list, it’s clear to see that we at Alipes are a melting pot of personalities and eclectic minds. Despite our differences, as we pulled together our final proposal for our new client, we recognized that just like the commercials, each of us have our own strengths to get the job done. Even though there’s an “i” in Alipes, we still believe in teamwork, because when we put our skills, tastes, and strengths together, we come up with the best solutions for our clients.