“Most of what is unusual about man can be summed up in one word: 'culture'.” These are the words of Richard Dawkins who coined the term for one of the most popular elements of Internet culture today—the meme. And how unusual memes have become since 1976 when Dawkins, an evolutionary biologist, defined the word in efforts to describe “the idea of a unit of cultural transmission, or a unit of imitation.” In other words, something in our culture that goes viral. 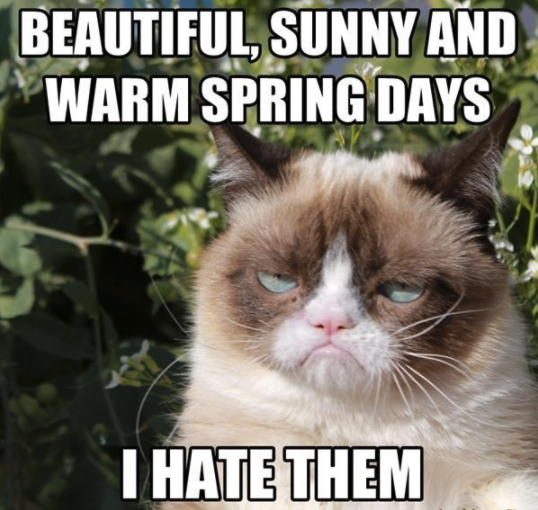 Dawkins’ original definition was rooted in Darwinism and the concept that memes, like genes, mutated by random chance before spreading throughout a culture via natural selection. The memes that resonate in the minds of people within a culture live on and evolve throughout future generations, while those that don’t die off. He was thinking of cultural artifacts like songs, fashion trends, and architecture, and the process in which they naturally change as they are transmitted from brain to brain.

But internet memes as we know and love them today represent a “hijacked” version of the original meaning of the word. There is nothing “random” about the creation of internet memes. They are designed very intentionally by their creators or, in Dawkins’ words, “altered deliberately by human creativity.” Yet, despite the differences between the 1976 and 2017 connotations of the word “meme,” a key similarity remains—the influence of natural selection. While anyone can create a meme, it takes a special designer (or team of designers) to make a viral meme—one that resonates in the minds and hearts of Internet users enough that they feel compelled to share it with their online networks. But when viral status is achieved, the outcomes can be extremely rewarding—especially when it comes to brand marketing.

Now, it’s not to say that memes are an appropriate marketing approach for all brands. But for the right company or product whose brand identity allows them to take a light-hearted, sometimes sarcastic tone, memes hold the power to be a relatively inexpensive, fun way to generate lots of organic buzz.

Here is one of my all-time favorite brand memes—Denny’s “zoom in” tweet. This meme beat the odds and survived the natural selection process to go viral in the Twitterverse. 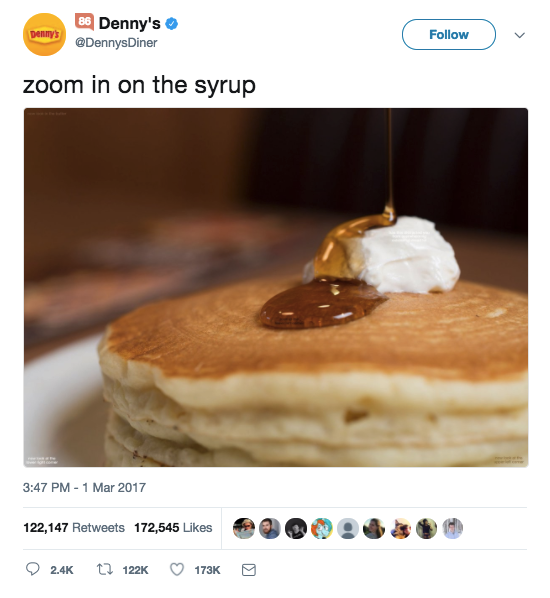 Beyond the savory image of a stack of pancakes, the simple, clear call to action makes Denny’s “zoom in” style meme a hit. In this tweet, Denny’s includes a strong call to action, telling you exactly what they want you to do. The post challenges you to go on a scavenger hunt to find a series of clues within the image and, ultimately, the final hidden message. This meme is all about fun, and as a result, Denny’s name is further linked with a message of good times and delicious pancakes.

So the next time you’re looking to design a meme, remember, it’s a meme eat meme world out there. How will yours break through the noise to withstand natural selection?